Sarah Hall, the silver-spooned ingenue from Newton Valence, is doing her bit to get David Ashcroft elected on Thursday with her frighteningly naive attempt to allow voters to "demonstrate that they are not supportive of coalition policy" 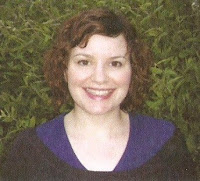 Of course a number of people will choose to vote Labour on Thursday and, in a first past the post election, I wish them luck. Perhaps they're right, there are still people who think that Labour might be part of the solution.

Those voting Labour though won't be disgruntled Conservatives, they'll be disgruntled LibDems. Sarah Hall, unkindly described as one of Lenin's "useful idiots", may well find herself welcomed by local Tories delighted by the presence of someone for whom this experience would represent a "steep learning curve" on the ballot paper.

She is very polite though and you have to admire her for trying.
Posted by Bob at 15:31

Email ThisBlogThis!Share to TwitterShare to FacebookShare to Pinterest
Labels: EHDC