Winters come and winters go, some are really cold others mild, some bring large amounts of snow. Throughout my childhood in Kingsley we had all of the above. One winter was particularly bad, we had lots of snow which went on and on,this was the winter of 1962 /63. Of course by that time I was working and getting about on a bicycle was not much fun. But for the most part I don’t recall winters having much impact on our childhood activities.

When not in school we went out to play early in the day and returned only for meals. Food in winter changed generally, at home and in school, meals became much heavier and full of rib sticking ingredients such as dumplings. Stews and hearty soups were produced by mother, not, I hasten to add from a packet. Home grow vegetables were mixed with rabbit, pigeon and other more expensive meats. Rabbit pie and stew were regularly on the menu. Ferreting being a popular and commonly practiced weekend occupation for the village menfolk, rabbits were both plentiful and nutritious.

Rabbits were numerous in and around Kingsley particularly on the commons of Kingsley, Brockshead and Oakhanger. They were found along the railway lines and in most of the local wooded areas. All that changed in 1953 when Myxomatosis arrived in England. It didn’t take long for the disease to reach Kingsley and the effects were swift and devastating. More in a later edition.

When the winter provided snow we would do what children always do, we built sledges out of old wood and spent out time speeding down hillsides usually the hills at the back of the common. This was where the common ended and it met the water meadows between it and the river. In those days the army regularly held motor bike trials on the hills. As children we always referred to that area as the back of the hill. The whole area featured importantly in our games both winter and summer alike.

Kingsley pond, on occasions, froze over and became a tempting play ground. My brothers and I were always forbidden from going on to the ice on the pond. During my father’s school days at Kingsley school there had been a drowning in the pond when a child went through the ice. Father never forgot that incident and he recalled how he and several other children had run home from school when this tragedy happened. I don’t know the year that this event occurred but if one assumes that father began school at Kingsley at the age of five that would have been in 1929. If he stayed there until leaving school at fourteen that would have been 1938. So it is reasonable to assume that the incident happened between those two dates. No doubt there are records which can provide the details. So we didn’t go on to the pond when it was frozen but others did and there were years when it was a centre of great fun and amusement. I recall some people to have been quite accomplished skaters.

When the water was not frozen we fished in the pond and spent many cold hours doing so. The river which runs through Kingsley Mill and through what is now a golf course was also fished along its length from Shortheath Common all the way down to beyond, and behind,the Sleaford garage. River licenses didn’t exist then and close seasons were not something that concerned us very much.

Children went fishing and nobody interfered, we were allowed to get on with it. Certainly stocks were not affected by our activities as the number of fish that were caught always seemed to increase year on year. The river was teeming with them as was the pond. I suspect there are not now the numbers or range of species that we knew as common place back then.

With winter came hunting and as far as Kingsley was concerned this meant foxhunting and beagling. The Hampshire Hunt was the local foxhound pack and the Aldershot Beagles were the local hare hunting pack. The foxhounds met at the Cricketers. The hounds would be paraded on the green between the school and the pond. When a mid week meet occurred school was suspended for half an hour or so and we all went down to mingle with the hounds. The beagles would often hunt the area from Sickles Lane towards Alice Holt Forest also the areas around Binsted,Wyck, Worldham and out as far as Holybourne. Their country extended over a large area to include Bentley, Crondall, Froyle, Long Sutton and South Warn borough in the north down through Selborne and Oakhanger in the south. Hares were plentiful and attitudes were very different. I once remember seeing several dozen hares in the last field before reaching Fourmarks on the left hand side as you approach the village up the Shrave from Alton. I have never seen so many hares together in one place before or since. Making the various implements that were our playthings was mostly done in the winter. Catapults and bows for bows and arrows were best cut during the months when trees are dormant. As are sticks for spears or just as walking sticks. Having cut your stick, it was either shaved of its bark or decorated with ring patterns around its length. Mostly we sought out long straight hazel poles as these were generally favoured. There was an abundance of hazel all around the area Alice Holt, farm hedges and hangers, not to mention the many small copses around and about provided fertile hunting grounds for us. Very often the gypsies would beat us to the best sticks as they sought them out for their clothes pegs.

The pond featured in another of out winter activities, that of camp building. There is a kind of sedge grass which grows around the edges of the pond in individual clumps. I imagine it is still growing there as there was lots of it. However, during the winter months the growth from these clumps dried up into longish white strands and could be easily pulled out by the handful. A structure made of bendy sticks would be fashioned into an igloo like shape and then the grass would be woven through it. This would produce a very nice and reasonably windproof shelter. The thicker the better. These shelters would not keep out the rain but over the years Kingsley children built many of then. Mostly we tried to keep our particular camps a secret but they were nearly always discovered by rival groups. It didn’t really matter because we respected each other’s camps and I don’t ever recall any of them being vandalized.

Bird spotting also featured during the winter months as with the rains which flooded the local water meadows came various waders and water birds which we saw little of during the rest of the year. Tufted Duck, Mallard, Snipe both common and Jack Snipe all were regular visitors to the area. Field fares and Redwings came to the area in great numbers from their northern summer haunts. I recall one winter when we had prolonged and hard frosts, the year I don’t remember. The frost wrought havoc with the Redwing population. Walking away from the village green with the pond on the right in the direction of Cold Harbour, there was then a sandpit about two hundred yards or so down the track. There were dozens of dead Redwings frozen in the little nooks and crannies where they had squeezed to seek refuge from the cold. It was a very sad incident which fortunately I didn’t ever see again. I can only assume that linked to the low temperatures that year there must have been a shortage of food and possibly this caused the problem as we had other equally cold winters when the birds did not die.

Oh well enough of winter, January is almost gone and soon we will be looking forward to Spring and longer, sunnier days. More next month
Posted by Derek Yeomans at 14:13 1 comment: 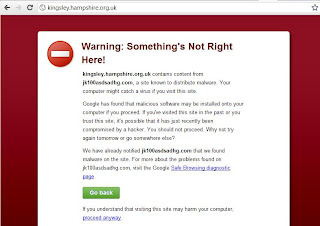 The powers that be have now decided  on a way forward for Cradle Lane.  Option 3 below has been adopted by the relevant officers but will be formally ratified by the Executive Member in March.

3.  Impose a permanent restriction against motor vehicles with three or more wheels to protect the surface of the lane from further damage, but impose no formal restriction on two wheel motorcycles.  Set up a local team to monitor the impact of motorcycle usage of the route, and work with motorcycle user groups to promote responsible behaviour.

Officers are of the view that this option complies with the Council’s TRO policy in that it represents the least-restrictive solution that will effectively resolve the issue of significant damage being caused to the surface of this route.  This TRO will be combined with a robust system of monitoring the condition of the surface of this lane in consultation with the parish councils and the relevant user groups to accurately assess the impact of the various user groups. At the meeting it was agreed that Option 3 (above) would be an acceptable solution to all those present.

In light of the above, it is now proposed to seek a permanent TRO against motor vehicles with three or more wheels to prevent further damage to the newly-repaired surface.  A robust system of monitoring the condition of the lane will be put in place to accurately assess the impact of the other user groups on this lane to inform future reviews of the TRO.
Posted by Bob at 12:17 No comments:

is currently marked as open for consultation until  22nd February.
Posted by Bob at 13:50 2 comments:

Damian Hinds (East Hampshire, Conservative)
To ask the Secretary of State for Transport pursuant to the answers of 12 July 2010, Official Report, column 467W, on A3, and 6 September 2010, Official Report, column 176W, on A3: Hampshire, what assessment she has made of (a) traffic levels and (b) noise on the A3 between Liphook and Petersfield (i) before and (ii) following the opening of the Hindhead Tunnel; what measurements of traffic levels have been made since the opening of the tunnel; and how the measurements compare to the pre-opening projection of traffic increase.
Michael Penning (Parliamentary Under Secretary of State (Roads and Motoring), Transport; Hemel Hempstead, Conservative)
As indicated in the answer given on , Hansard, column 178W, the section of the A3 between Liphook and Petersfield is outside the area of scope for the A3 Hindhead project. Noise assessments were not made prior to scheme start because the increase in traffic flows are forecast to be less than 10%. Changes in traffic flows of less than 10% will generate noise increases of less than 1dB(A)—the limit to which change in traffic noise can be detected by the human ear.

There will be a meeting of KBF participants in the Cricketers tonight from the traditional 8pm
Posted by Bob at 11:18 1 comment:

Those who have been following the ongoing farce of the Whitehill Bordon Eco Town may be aware that the original deadline for comments about Viking Park was Monday 5th December, but this has been extended until Tuesday 31st January.


If you peruse this rather heady document, you will see that the project is a masterpiece of utterly unwarranted reality-free optimism couched in the language of modern political correctness but, if you feel like getting your two cents worth in, you can comment by email to whitehillbordon@easthants.gov.uk or using actual dead trees to