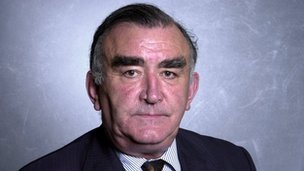 During a trawl of the BBC news site this morning I came across this item pointing out that Michael Mates is the only candidate who doesn't live in Hampshire and he's had to rent a flat in Winchester to make his candidacy legal - but only for nine months apparently.

"I'm perfectly prepared to rent a flat, I'm prepared to make that investment for nine months - and quite a considerable investment - because I really want to do this job." He said he had stayed in the flat on "a number of occasions" and would live there if he was voted into the post. "We have taken the flat, we have put furniture in there, put some of our possessions in there - it is perfectly legal to have two residences," he said.