Sunday School and the Choir 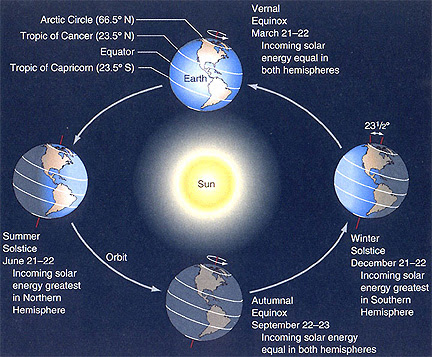 It's also the winter solstice, the shortest day, the turning point towards spring and a festival far older than the johnny-come-lately "Christmas", "Hanukkah" and other religious inventions. The Romans were particularly fond of the solstice and came up with "Saturnalia" Originally held on December 17 that celebration became so popular it was extended to December 23rd. That was not surprising since the Saturnalia encouraged excessive indulgence in food, drink and sexual exploits. Schools were closed, citizens wore long hats, and played pranks upon each other in an atmosphere of public revelry. In a reversal of the old social order, masters served their slaves who, in turn, treated their owners with disrespect. Privately, families visited among themselves and exchanged small gifts.
Our calendars haven't always reflected our modern, scientific, understanding of why the sun kept disappearing in winter which is why the secondary festivals mostly take place on the wrong date but, whichever calendar we use, today will be the shortest day
Posted by Bob at 07:25 No comments:

DEFRA (Department for Ending Farming and Rural Anything) is conducting a Triennial Review of the Environment Agency and Natural England and inviting comments, criticism, praise and insults.

Anyone with an interest in the Environment Agency and Natural England is invited to respond to the discussion document by 4 February 2013.

I have nothing to say about the Environment Agency. They fined me for accidentally spilling diesel into the river Wey some years ago so they're probably mostly doing their stuff ok.

But then there's Natural England! Where to begin? What a complete waste of space, not to mention taxpayer money, civil liberties and sanity. The only sane comment anyone could make would be "abolish it immediately".

The purpose of Natural England (NE) as defined by the Natural Environment and Rural Communities Act 2006, is to: “ensure that the natural environment is conserved, enhanced and managed for the benefit of present and future generations, thereby contributing to sustainable development”.  Who could object to that?

Well, apart from the fact that all so-called conservation is pointless (four billion years of evolution have coped reasonably well without 'conservation'), you have only to consider their response to this planning application to realise that they're staffed by the usual bunch of up themselves, backside covering, leftie goons and are entirely incapable of achieving any sensible purpose. They should all be sent off on a ten year fact-finding mission to Mars.

I shall not be bothering to file that as an official comment because I don't believe that any input from anyone will alter the outcome but, if any of you feel like having a go, fill out this response form and send it in by 4th February
Posted by Bob at 09:39 1 comment:

The Jedi Knights don't only live in East Hampshire, they're fairly evenly distributed throughout the county. 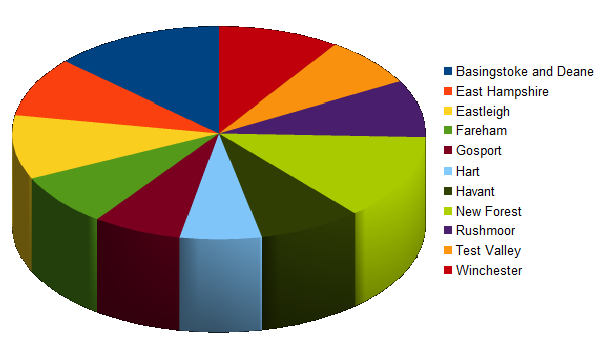 But the picture for the whole country shows a less even distribution. The south-east really is the home of the Jedi. 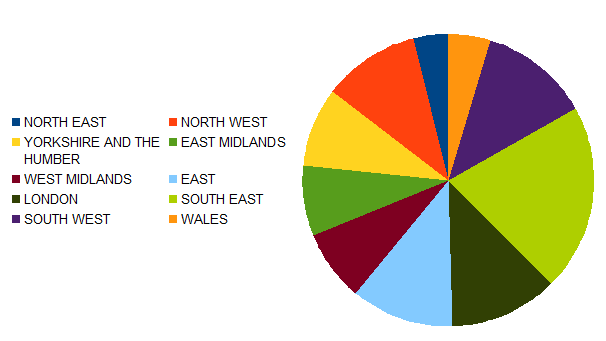 is marked as open for consultation until 10th January.
Posted by Bob at 09:25 No comments:

According to the 2011 Census results, East Hampshire is still a Christian place with over 64% reporting their religion as Christian.  The second largest group was "no religion" reported by more than 26% followed by Islam with just over a third of 1%

One of the more interesting statistics is that the "no religion" figure includes 506 Jedi Knights.
Posted by Bob at 12:07 No comments:

When you come up behind a 40mph driver on an open road do you smoothly and safely overtake him as soon as possible or do you become the "Second Slowcoach"?

A typical passenger car is 15-20ft long so overtaking a 40mph driver at 60mph will take around 12 seconds and 1,000ft of road. On a clear stretch of road, no junctions, driveways, sharp bends or oncoming traffic, in good conditions, that's quite manageable, quite safe.

Not everyone does that when they have the opportunity though and there isn't always a clear road either.  If the road's not clear then you have no choice but when it is clear and you choose to sit behind the leader, you become the problem.

Assuming the standard following distance of two seconds between the leader and second car, a third vehicle has to choose between overtaking both vehicles in one go or forcing himself into the gap between the two. The double overtake will now take about 24 seconds and cover 2000ft of road, well over a third of a mile, a much harder proposition.

This is the beginning of what most people call "traffic" as in "I'm stuck in traffic and can't get to work on time". Traffic isn't something you are stuck in, you are traffic!

If you really can't bring yourself to overtake the leader, drop back, leave a bigger gap between you and the leader so that anyone wanting to overtake can make two simple passes instead of one dangerous one. It's all part of driving with due care and consideration.
Posted by Bob at 10:34 No comments:

The Eco-station and Exhibition House are proving really popular with residents and the next date for your diary is Saturday 8th December from 10am-1pm.

There has been a steady flow of visitors during Mondays, Wednesdays and Thursdays and the Saturday events have been really busy. However, the late-night opening on Wednesdays from 5pm-7pm hasn’t been popular – so the community facility will close at 5pm on Wednesdays from 1st December. This will be kept under review.

The Eco-station and Exhibition House will close for Christmas from Friday 21st December and will reopen on Wednesday 2nd January.

The opening times from 1st December will be:

Cllr Glynis Watts, East Hampshire District Council’s Portfolio Holder for Whitehill & Bordon, said: “The Eco-station and Exhibition House are really popular with residents who are keen to find out more about the plans to regenerate the town.

“We have had school parties coming to look around and youngsters have been so impressed that they have come back after school with their brothers and sisters.

“This week the new community facilities are being visited by Guildford College and Highbury College and we have already had groups from Bordon Junior School and Mill Chase.

“What’s also been extremely encouraging is the number of positive comments that have been written in the visitors’ book.”
Posted by Bob at 21:31 No comments: