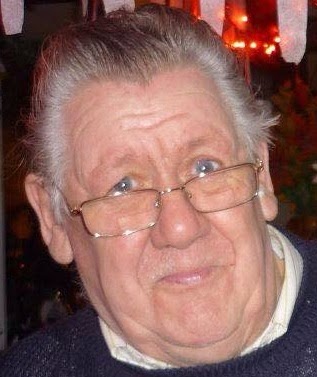 Yesterday, Tuesday 25th November, Fred's passing was marked with a brief ceremony at Aldershot Crematorium followed by a funeral service in All Saints Kingsley, both led by the Rector, Rev Tony Pears. Some 70 villagers attended the 3pm church service and the subsequent wake in the Cricketers.

The memorial service for Fred Bone will take place in All Saints, Kingsley at 3pm on Tuesday 25th November and afterwards in the Cricketers.
Posted by Bob at 19:51 No comments:

Cracking down on counterfeiting

You may have seen in the media a while ago that the Police and Officers from FACT (Federation of Copyright Theft) raided a house in Hampshire where counterfeit DVDs and CDs were allegedly being produced. A man was arrested following information from the community, and thousands of pounds worth of equipment and counterfeit items were seized.

The supply of fake goods is a multimillion pound industry. Sometimes, it is done by individuals trying to make a fast buck at our expense. However, organised criminal gangs also see counterfeiting as a good way to make quick money and a chance to launder money from other crimes. In this case, the cheap market stall bargain, for example, takes money from innocent shoppers to create a new profit stream to fund drugs, human trafficking and prostitution. The gangs who produce fake goods are large, well organised and international.

Trading standards in Hampshire and Isle of Wight seized some two thousand fake items last year.  Much of it has been clothing and shoes along with wallets, belts and jewellery. The range of the fakes in markets and on line is huge and includes counterfeit medicines or alcohol which can be very harmful, and fake online virus protection designed to tap into bank details.  One of the largest recent local cases involved fake golf clubs which saw the counterfeiter in Crown Court with a confiscation order of over £100,000.

Counterfeiting is a crime that we assume doesn’t affect us here in Hampshire. However that sadly isn’t true. If you are buying something at a car boot sale, or a market, or online, which really does seem too good to be true, it probably is! Please be cautious as the bargain may not prove to be the bargain you thought.

As usual, the cost of Christmas will bear heavily on many this year, and youngsters particularly often only want the top names in clothing, shoes and accessories. If you buy the cheaper counterfeit versions, in addition to buying inferior goods which won’t last, they are often made without the same safety standards we expect from the genuine article, so could prove dangerous. People trying to get a ‘good’ deal, don’t realise they are sometimes actually giving a big Christmas bonus to criminals.

Crimestoppers works with the support of the Home Office, the Serious Organised Crime Agency (SOCA), the Federation Against Copyright Theft (FACT), the Bank of England, the Film Distributors Association (FDA) and clothing manufacturer Pentland to crack down on counterfeiting.

If you have information about any crime, please call Crimestoppers on 0800 555111 or log on to www.crimestoppers-uk.org . Your call is free, no one will know you called and you may earn a cash reward. If you are a Tweeter, please follow me @HantsCrimestopp for regular updates.